The official website for International Women’s Day 2022 starts with an illuminating callout — “Imagine a gender equal world”. To me, however, what stood out is the fact that over two decades into the 21st century, we are still imagining what should have been commonplace. The theme for the year is ‘Breaking the Bias’. The bias has a deep impact on women in their personal lives as well as professional and social lives. Fair enough! But barring this one day that the world chooses to lavish women with promises of equality, I ask myself, are we doing enough to actually break the bias?

Studies have highlighted the direct positive effects of gender diversity in the workplace on innovation, enhanced collaboration and unique work culture. Nevertheless, in the United States, women accounted for only 26 per cent of computer and mathematics positions and 15 per cent of engineering positions. Most leading tech companies have robust DE&I policies in place, and yet the average of women in technical position is at a meagre 24 per cent. Clearly, our efforts are minuscule compared to the roadblocks that stand in the way of women in tech, and business in general. The ground reality, as revealed by McKinsey and Girls in Tech, might seem a little discouraging. As per their research, only a handful of companies are making a systematic approach to place women in technical positions. Whereas, a vast majority of organisations are failing to create sustainable opportunities for women to grow in their early career stages.

Whether it’s conscious or unconscious, gender bias in technology is an unpleasant reality. The low number of women in tech leadership positions points to larger challenges at play. Assumptions that lead people to believe that women are inferior in technology or analytics need to be addressed and dispelled. Deloitte predicts that large global technology firms, on an average, will reach nearly 33 per cent overall female representation in their workforces in 2022, up slightly more than 2 percentage points from 2019. Challenges are numerous but with the right steps, we as companies and employers can surely make a positive change.

Access to training, projects and other resources can help bridge the gender divide by a great measure. Organisations ought to focus on the skill-building of women in technical roles by providing them ample opportunities to upskill and reskill themselves. Unless and until companies get proactive for the advancement of individuals in technical positions, they are likely to be deprived of the power of diversity.

The approach to promotion structure within organisations must be equitable so that women can envision growth. Until women are able to see themselves in leadership positions, the rate of attrition in tech will be disproportionate to them. Companies need to offer a transparent pathway for women to climb up the ladder without the fear of ambiguity, bias, pay gap and discrimination.

Senior colleagues play a valuable role in the professional development of early-stage workers. Companies can put mentorship and sponsorship programmes in place in order to help women in technical roles to connect with experts and steer their career in the right direction. Regular and frequent interaction with the higher ups in the form of motivational sessions and seminars can go a long way to help women in tech to stay motivated and have a sense of belonging.

Personally, I’ve been inspired by certain organisations which have taken active steps to make a tangible positive impact at workplace. This goes on to show that with the right intent, all of us can achieve equity at the workplace. For instance, Johnson & Johnson has been on a quest to achieve gender equity through various measures. For instance, we could all learn a thing or two from their employee resource groups, mentoring platforms and ‘Diversity University’, a website dedicated to the benefits of working collaboratively. Accenture has created opportunities for marginalised groups with its threefold inclusivity programme that consists of diversity awareness, diversity management and professional development. Likewise, EY has made its mark as the first Big Four to appoint individuals from minority communities in partner-level and leadership roles. The point is, there’s no shortage of inspiration, provided we look hard enough.

There’s a lot we can do for our women teammates that will be mutually beneficial to both the organisation and the employees. Having said that, we need to first acknowledge the importance of diversity and inclusion, and work towards building it. Which brings me to my first and foremost thought, had we been doing that, would we still be fighting for equality at the workplace? Evidently, one day of a calendar year is not doing much for us. It’s the rest of the 364 days that we need.

(The article was first published in Business World) 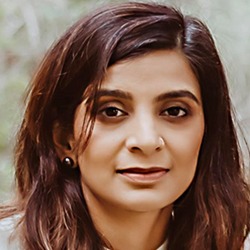